When you’re married to a Narcissist, those millions of Articles don’t Apply to you 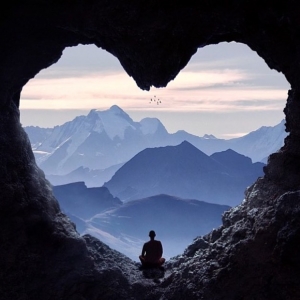 When you’re married to a Narcissist, you’re alone in your relationship. Call for a free consultation 954-309-9071.

There are a million articles about how to improve your relationship. When you’re married to a Narcissist, they don’t apply to you. You’re alone in your “relationship.” I’m going to use the pronoun “He,” because the estimates are that about 75% of narcissists are male, but you could easily be married to a female narcissist. Let’s continue and cover some of the common recommendations that articles give for normal people in relationships.

Recommendation:  Plan dates out to do things together.

Truth: He’s down for this as long as it’s something he wants to do. You can have an opinion. Just realize that it will, for a little, seem like he is going to do what you want to do but in the end it never happens. Somehow you end up doing what he wants. Or if he does consent to do something you like, he will sulk and pout and pretty much ruin it for you. In general, plans together don’t matter much to him. He wants his “Me” time much, much more.

Truth:  Most articles recommend that each of you have some “Me” time away  from each other to better your relationship. It helps you get some perspective on the other person and helps you re-charge. Let me insert some insane laughter here. “Me” time for a narcissist is constant. He is always doing something for himself and often justifying it with “Me” time. They often pick hobbies that require lots of time away from the home.

When it comes to you taking some time for yourself, that will rarely happen. Something will come up, the plans will get cancelled, or he’ll get physically ill and you’ll have to stay home and take care of him. If you do manage to get some “Me” time, then often he’ll call you to come home because something happened with the children. You run home and they’re perfectly fine. But now that you’re home, they’re your responsibility, not his.

Rec: Shower the other person with compliments.

Truth:  This will help your narcissist feel better about you. Yes, shower him with compliments. Just don’t expect them to be returned. Narcissists love to talk about themselves and how great they are. You, often, are not even on their radar unless they’re showering you with criticism. You just don’t compare to how great they are and if you could be like them, you would be just fine. If you could act like them, eat like them, exercise like them then everything would be so great (including you).

Don’t fall into this trap. The carrot moves with a narcissist. You could be exactly like them and they would find some way to criticize you, which leads us to the next item

He is not going to do all those things that the articles recommend. You can work and work and work trying to improve your relationship, but you will enter into a deathly cycle of work, work, work – feel attacked – disappointment. Repeat: work, work, work – feel attacked – disappointment. You see, narcissists don’t like demands being put on them. They’re perfectly fine in their relationships as long as demands are not being made of them, as long as you’re not asking them to improve the relationship or actually help you.

When you work, work, work and then ask them to help you in all of this work that you’re doing, ask them to be in the relationship with you, they see that as a demand. When faced with demands, Narcissists attack. And when you’re on the receiving end of that attack, it’s painful. You’ll feel disappointed, like all the work was for naught. On the more severe end, it can lead to retreat, isolation, and depression for you.

Truth: He is not going to say “Sorry” on a regular basis. In fact, it would be very rare indeed to hear an “I’m sorry” come out of his mouth. You’re free to say it, but instead of having a reparative / positive effect on the relationship, he will just use it against you later. Women married to narcissists find that they say I’m sorry all the time, like every other minute. They’re often being intensely criticized by the Narcissist and trying to make up for it by saying they’re sorry.

Truth:  Saying “I love you” more often is just not going to work. A lot of narcissists don’t say it at all and use flimsy excuses to avoid saying it. Excuses like, “I only say it when it’s really, really important or it degrades the importance of it.” Riiiight. But then a really important occasion will come up and they still can’t say it. They’ll often go on the attack saying, “I don’t need to say it. You know that I love you. Something is wrong with YOU that you need me to say it. You’re insecure.”

You’re not insecure. There’s nothing wrong with you. It’s a basic human need to feel loved and want to hear it from the person that’s supposed to love you and is even professing he does (but just can’t say it).

Truth: Oh man, quite the opposite. Most narcissists hold things over you for-ever, like forever. No really, forever. They’ll bring up things you thought were resolved from years ago or from the beginning of the relationship. They’ll whip them out in an argument, hitting below the belt and knocking you off guard. They use this technique so that they do not have to face what’s going on right now, what’s real. If they can get you feeling bad about the past, then everything from then until now is obviously your fault.

You are free to forgive and let go. In fact, I recommend it so that you’re not walking around destroying yourself with resentment. But don’t expect your narcissistic partner to do the same.

My recommendation is that you set yourself free. I don’t mean get divorced. Some people choose to do that and some don’t. That’s such a complex decision and involves children and finances and and work and family and . . . well, everything. I am saying stop reading all the millions of articles about how to improve your relationship. This will free up massive amounts of time for you. I do recommend the book, “Loving the Self-Absorbed” by Nina Brown. It’s excellent. Once you’re done with that, you never have to look at a relationship article again. 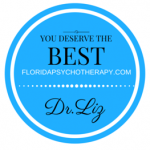 I specialize in hypnosis, anxiety and helping adult children of toxic parents feel more stable. I work with partners of Narcissists to help them feel seen and manage their feelings that come up in the relationship. To see if we’re a good fit to work together  in the Broward County and the Fort Lauderdale / South Florida area, schedule your free consultation at 954-309-9071.