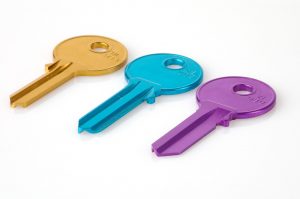 People often ask me how successful I am in treating whatever they’re calling about. I do have some success rates that I can give them depending on whether I’ve treated that particular condition and/or what the research says.

Some people don’t care about research at all, but personally, being from a science background I respect research studies. They can give me a sense of not just how to treat something with hypnosis but whether hypnosis is effective to treat something. I’m not one of those hypnotists in the area who thinks that hypnosis can treat everything under the sun. So it’s not just personal stories that I rely on for the sense of what it CAN help, but also research studies.

Regardless of what someone is coming in for, there are 3 keys that are needed. If you want to hear a Hypnotize Me podcast interview about these three keys, check out Dr. Holly Forseter-Miller’s interview Here. Let’s look at them.

1.  Concentration (which doesn’t have to be that great)
2.  Belief (which can be educated with research and experience)
3.  Motivation (which is always personal)

There is a very well-known doctor, Dr. Dabney Ewin, who published research on hypnosis and burn victims. I attended one of his workshops and someone asked him how the burn victim was able to “hear” the hypnosis if they’re in so much pain. And he said that he decreases the pain first, so that they can listen to the hypnosis and absorb it. That’s a somewhat extreme example, but shows that even with extreme burns, hypnosis can be effective.

Dr. Ewin re-grew hair that before people thoughts couldn’t grow at all, and reduced scarring with his hypnosis. Here’s an old tv clip about the work he did:  https://youtu.be/u34HoFVxSNc

I had one patient who was referred by another therapist but didn’t quite believe that hypnosis would work. He wanted to solve his problem though and he trusted the first therapist. After the first session, he said, “I’m now a full believer.” Why? Because it worked! So you don’t have to have a full belief, but you do have to be open to it somewhat or be willing to listen to the hypnosis whether it’s in my office or a recording.

Motivation and hypnosis is always really interesting to me. People come to me desperate, saying that nothing else has worked. They’ve tried all kinds of therapists and therapies, medical treatments (sometimes), alternative treatments and they’re looking for something that works. That’s motivation.

Let’s say you want to bring in your teen or child but they’re not motivated to solve the problem. Can hypnosis work? It could, but I wouldn’t recommend it unless the child or teen really wants the problem to go away AND is open to hypnosis.

Hopefully this helps you understand how hypnosis can be successful for you or for someone you know. These 3 Keys are important. The mind can accomplish amazing things. I think most people agree about that. If you want to read further about the brain science of hypnosis, I recommend “Keeping the Brain in Mind.” It’s an excellent book all about how hypnosis works and will increase all three of the keys – Concentration, Belief, and Motivation! Although my office is in Broward county and the Fort Lauderdale / South Florida area, I work with people all over the world. If you would like the magic and science of custom hypnosis, schedule a free consultation to see if we’re a good fit to work together using the link below or above.