Hi Dr. Liz here, and I’m doing a series on narcissistic mothers, and the different types of them. So let’s talk about the ignoring mother. Oh, first of all, this comes from the book: Will I Ever Be Good Enough? Healing the Daughters of Narcissistic Mothers by Carol McBride. Very good book. Okay. I highly recommend it, I recommended all the time to my clients. I am a specialist in working with adult children of narcissistic mothers. So let’s get to the ignoring mother. This is really the neglectful mother, but sometimes it can also turn into the abusive mother or abuse happening by, um, the mother really neglecting, not noticing, not recognizing that her child has different needs of once all of this or not recognizing that they’re bringing around people who are not safe for their child. So please be aware of that. The ignoring mother is really cut off emotionally.

They are disconnected in their motto is, is really like, well, you have a roof over your head. You have clothes to wear food to eat. So what’s the problem? Hey, that’s like, I’m going to provide the basics for you because I had you, but that’s about it. There is no validation. There’s no emotional awareness of the child as an emotional being or a child with even physical needs. So often they don’t even cook like there’s food in the house, but the child has to cook for themselves and make their own meals. They don’t eat meals with them. They’re sometimes checked out either in their activities or in front of the TV or, you know, something like that. Okay? Um, when you run into this type of mother and type of adult child, then what happens is you find a child who on the outside will often look very independent and this extends into adulthood.

They’ve learned not to ask for anything they’ve learned. I have to do it myself. And often even asking for help or asking for something from someone feels very threatening to them emotionally, because what they learned as a child is that if I asked for help, then I’m going to either get ignored, shot down, or abused sometimes. So that happens to a child’s asking for help and the parent actually, you know, backhands them or abuses them or does something like that. So it becomes a very threatening thing for them to ask for help as an adult. It does affect marriages or love relationships when they get older because most people are nice to this. They think, oh, you know, love relationship. Then, um, we depend on each other, right? We ask each other for help. That’s part of the purpose of the relationship.

Well, not if you’re an adult child of a narcissistic parent. In particular, one who was neglectful or ignoring, okay. Because as you learned how to do everything yourself alone, these children also learn how to, to either wear dirty clothes a lot, or do their own laundry. So you hear that as well. Like, you know, I was doing my own laundry by the time I was eight or nine or ten, or sometimes even younger than that. So that becomes a process as they grow up into adulthood and they are trying to form relationships that you have to work through. Honestly, you do need to get some help for that. And you have trust issues already if you have a narcissistic parent and it really takes a very kind loving partner who understands what’s going on with you to be able to work through some of those things. I believe.

Now, narcissistic children and narcissistic parents don’t always partner with the best people. At first, I would say, um, often there are in awful marriages with partners that resemble their parents that resemble the narcissistic parent even. And this is counterintuitive to people. I had a therapist at one point that said, we marry our mothers. Everybody thinks you marry like the opposite gender parent and she’s like, that’s often not true. You marry your mother. So keep that in mind. But sometimes what’ll happen is those marriages will end or, um, they get some help or they work through issues like something like that, so that you can land on a relationship that feels better with a very caring, attentive partner versus one who tends to ignore you. And I know that ignoring feels normal if you’ve been with an ignoring narcissistic mother, but, um, it’s doesn’t feel good on sort of this deeper level of like, why can’t I get my needs met once again? I thought that was going to happen in this relationship and now it’s not happening. What’s going on?

That’s often the point when people will enter therapy actually, and get some help for this stuff. So again, let me see if I miss anything in this one. Um, Nope. Sometimes you get a mix of engulfing and ignoring behaviors. So realize that you’ll get a extreme, the extremes go on. So you’ll get a parent who pays close attention to all kinds of stuff or wants to control their child’s life outside of the home. But then inside the home, they completely ignore them. They don’t cook for them. They don’t wash for them. They don’t check on homework. You know, they don’t even make them take baths, right? Like somehow it’s up to the child to even bathe themselves. So realize that sometimes you get a mix of that. It goes back and forth and bounces. All right. So that’s it for today. I am a specialist in working with children of narcissistic parents. So if you are interested in that kind of help, please visit my website and set up a free consultation. I offer one of those, a free telephone consultation. And, um, we’ll see if it’s a good match to work together. All right. Have a wonderful day. 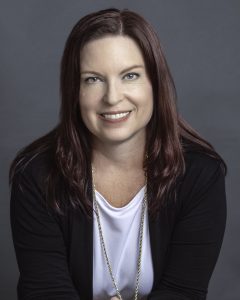 I work with people all over the world. If you want to feel better and have a transformed life, grab your Free Consultation with me to get the deets on working together (the how, the when, the where, and the how much)!